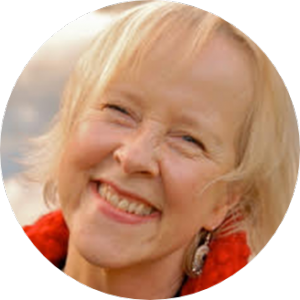 Exploration into inner sound and silence, our vulnerable, naked voice, one of our most untapped resources for compassionate communication. A pathway to personal and global transformation via the practice of self-remembrance through the voice, that we may re-ignite the love and courage to express our most authentic self.

Chloë is author of The Naked Voice – Transform Your Life through the Power of Sound. She founded The Naked Voice (1990) and its Charitable Foundation (2004), dedicated to personal and global transformation through the practice of self-remembrance through spoken and sung voice. Deafness in childhood catalysed Chloë’s discovery of inner sound and silence, and has led to a lifetime’s research of the human voice as one of humanity’s most untapped resources for compassionate communication.

Chloë studied her BA Hons in Music, English and Education at Cambridge university, graduating in 1976. From the late 70’s she evolved her own East-West vocal research, influenced by global travels, meetings with indigenous teachers, music masters, and various gurus, led Chloe to a transformative ‘no-mind’ experience in Northern India, inspired by the then advisor to Mahatma Gandhi.

Chloe founded The Naked Voice in 1990, providing pioneering trainings through contemplative, creative and compassionate vocal practices; leading to a discovery of your ‘naked’ or authentic voice, as a metaphor for life and a messenger of the soul, as well as a catalyst for authentic self-expression and self-leadership. Her memoir, The Naked Voice – A Singer’s Journey to the Spirit of Sound tells the story of these formative years.

Chloe has sung for Dalai Lama at The Good Heart conference and his Honorary Doctorate ceremony, in Belfast, and at many other events, and conferences.

She directed, composed and performed at The Vagina Monologues in Madison Square Gardens NYC, where she also conducted her Vulva Choir, along with 75 top actresses, including Queen Latifah, Jane Fonda, Brooke Shields and Glenn Close.

She has made many albums, one notable one, called the Singing Field, which she performed at Royal Opera House London “Transforming September 11th” in the presence of world leaders and UN members.