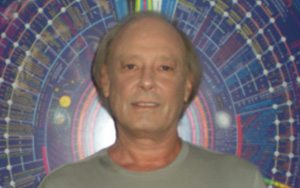 President and Founder of InnerSense, Inc. Inventor of VibraSound InnerSpace Vehicles. Author of Harmonic Law: The Science of Vibration and its master illustration the Absolute Scale of Relative Cosmic Reality, the most complete compendium of vibrational science ever created.

Don is a trained neuroscientist, laboratory director and vibrational therapist who has lectured worldwide about vibrational science.  From his early beginnings in the 60’s working with psychedelic plant medicine he has created an entirely new method of achieving those kinds of non-ordinary or altered states of mind without have to pop a pill.  Referred to now as “technedelics” instead of psychedelics it is a method based on his 1980’s publication of Sensory Resonance that shows how synchronizing all of the major sensory mechanisms together in a coherent experience can reset the Autonomic Nervous System into sympathetic and parasympathetic resonance instead of dissonance.  The technology, now in its 13th generation and known around the world to represent the state of the art in neuro-technology now showcased and providing vibrational therapy at his new Reality Management Center on the Promenade in Santa Monica, California.