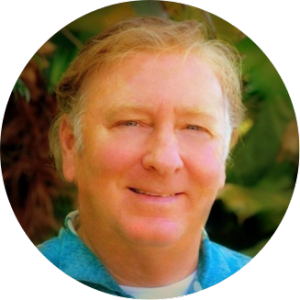 “We live in a geometric, harmonious universe, a system that is acting and designed in harmony….geometry is always revealing beautiful music.” Eric claims this is something we know without knowing we know it. It is a primal knowing.

Through Pythagoras’ mathematically perfect ratios in music, to the Fibonacci sequence, the spiral and sonic geometry, Eric says we are connected to nature. We don’t need plants or medicines, we just need frequency to activate the pineal gland to see the bigger reality. Frequencies are the primordial force that create everything; and we are frequency designed bio-machines designed to be acting and living in concert with this harmonic frequency.

Eric talks about his groundbreaking film, Sonic Geometry 432, and says there are coincidences in recurring numbers throughout the Universe, in the patterns, cycles and measurements of our planets, temples and pyramids, and that the way these numbers talk to each other is through harmony.

“Coincidences are Gods way of remaining anonymous and the Universes way of communicating with itself.”

Eric says a message has been making its way across the cosmos into our collective consciousness for 100s of years… and the message is harmony. The Universe is acting in harmony with itself and we are invited to do the same thing.. the invitation is in the beautiful harmonic design of everything

Everything is frequency – including our emotions – the opposite of fear is love and compassion. Love is the highest frequency.

We’ve lost connection, live in a state of fear, with a lack mentality; we need to participate with the design. Go out and be in the matrix, as nature intended – live more naturally – live in the matrix and you will start flowering .. a matrix holds everything together and being in nature brings you into it. He says there should be a symbol for consciousness and that we are not done, we are just beginning.

Its not ridiculous to believe our ancestors knew something profound.. and build on that with our current technology.. but don’t lose sight that everything is frequency -it is the primordial force.

Eric Rankin has been immersed in the study of frequency for decades. While researching and swimming with dolphins around the world for his bestselling novel The Aquarians, Eric was introduced to the power of vibration, especially as it pertains to revealing “form” to the mind of a dolphin.

Currently conducting sonic experiments at the world famous Integratron in California’s Mojave Desert, Eric has published many of his findings in the Sonic Geometry video series. Now working alongside some of the world’s premier physicists, mathematicians and audio engineers, Eric has been led to a unique geometric pattern he calls the “Genesis Structure,” which he believes could reveal the geometric matrix of the Quantum Universe.

He has been featured on Gaia TV for his research linking geometric forms and growth patterns to mathematically perfect major chords, and has been a featured speaker at conferences including Contact in the Desert and Star Knowledge.